George Benjamin Garstin was the son of George Garstin and Caroline Carr. His grandfather was James Carr, a stage director that had worked with several successful actors and companies.

George Benjamin started his acting career playing minor roles as an actor and comedian with the Devonshire based troupe, Palmer’s Circuit. He adopted the stage name George Belmore instead of Garstin as soon as he entered into theatrical performances. His acting talent was recognised early, and coupled with his desire to forge a successful career this led him to leave Devon to try his luck in the London theatres.

In 1857, George appeared at St James’s Theatre in the successful comedy Tit Tat Toe. By the end of that year he played to great effect at a variety of West End theatres including the Theatre Royal.

George married in 1862 to a well-known London beauty, Alice Maude Mary Ann Cooke. Alice was a daughter of William Cooke, the proprietor of Astley’s Royal Circus.

In 1863 George came to the attention of the London critics, playing Steve Hargreaves in Aurora Floyd alongside George Vining at the Princess’ Theatre. George was beginning to earn a reputation in the blooming Victorian theatre industry as a powerful singer, character actor and comedian and was widely admired for his honed impersonations of contemporary figures. He played Rob Roy at The Royal Olympic Theatre, Marylebone, receiving good reviews in 1863, going on to take the lead role in The Golden Dustman at Sadler’s Wells. Over the next few years he collected special praise for performances in Monte Cristo at the Adelphi theatre and as the Grandfather in Charles Dickens’s Old Curiosity Shop. In 1867 George was specially engaged to play the old jockey Nat Gosling in Mr Boucicault’s drama The Flying Scud at the opening of the New Holborn Theatre. The play boasted a real horse and was so successful that George went on to give over 200 performances as Nat Gosling.

During the 1870s George became a member of Sir Henry Irving’s company, where he played ‘Oliver Cromwell’ opposite Henry Irving’s ‘Charles I’ at the Royal Lyceum theatre 1871. The two actors were on the same wage, as there was doubt as to which was the greater attraction to audiences.  However, because of a clash of interests and high levels of competition between the two actors, by the middle of the decade they had parted ways.

George was in independent circumstances and had an attractive home in Wimbledon. But after encouragement from some of the noblemen he was getting to know, he made some unfortunate investments. Along with a financial crash, everything which George possessed, including property and even theatrical costumes, were sold under the hammer. His popularity as an actor continued so he was not short of work, but his growing family and lack of money unfortunately made him vulnerable to the demands of his employers.

In 1874 George was retained for a season at the London Lyceum Theatre, now under the management of Mr F. B. Chatterton. However the lure of Broadway coupled with George’s ambition led him to wish to leave half-way through a season of the play Nicholas Nickleby, which was running longer than expected.

Despite being found by law to have broken his contract, George left for America in 1875. This put him in contempt of court, according to a ruling by the Lord Chancellor’s office.

Unhappily, America did not provide the success he had hoped for. After a difficult Atlantic crossing and a spell of illness, George finally recovered and started his tour of the eastern seaboard. However while in Boston, Massachusetts, George once again became ill and was forced to cancel his tour and return to New York. His last performance was to be as Nat Gosling in The Flying Scud. It was reported that he said “that is probably the last applause I will ever receive”. On the 15th of November 1875 George Benjamin Belmore died in a hotel room on 94th Avenue, leaving several thousand pounds to his wife Alice and his seven children in Wimbledon. James Barnaby wrote an elegy for George Benjamin Belmore as part of the memorial service held at the Theatre Royal on Drury Lane, on December 15th 1875.

Outside of his theatrical career and family life, George Belmore was also known as being a market gardener. 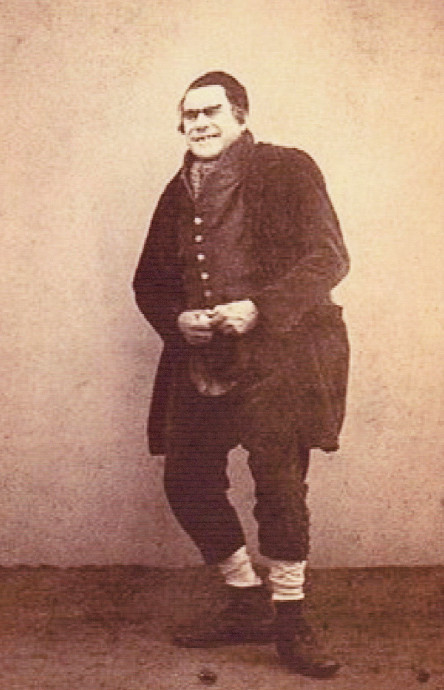