On the 18th of June, George had a dispute with Mr. Chatterton, the manager of The Royal Adephi Theatre, regarding the terms and length of his contract with him. George wished to leave for America, and had been hoping to do so for a while, but was always held up with stage commitments.  He thought that his contract with Chatterton could be annulled with two weeks’ notice, but Chatterton was refusing to let him go. Chatterton placed an injunction on George Belmore performing at any other stage in England, and the Lord Chanceller upheld this.

Despite a warning from the Vice-Chancellor that he would be in contempt of court, and liable to instant arrest as soon as he ever set foot on English soil again, George Belmore left for New York on the 31st of July 1875.  He travelled alone, without his wife and children, although it was George’s intention for them to all join him later and spread out across the new country, as he felt the UK’s potential and resources were at its limits.

Upon arrival in the US, George was unwell, and rested for several weeks before resuming acting on the 20th of September.

The Spirit of the Times weekly newspaper published this:

On Monday night last, Mr. Belmore, one of the most delightful actors on the English stage, made his first appearance in New York. He came to us quietly, and almost unannounced, for there was no loud shouting nor military parade to proclaim his advent, and the vicinity of Booth’s Theatre was not bedecked with British flags and Venetian lanterns. Peace reigned there supreme, and good taste, for once, was triumphant.

To say the truth, Mr. Belmore needed no fuss to be made over him. Like a genuine hero he came, was seen, and conquered. He won all hearts by his simplicity, his truthfulness, and his naturalness. We have rarely seen a more natural actor, or a quainter, or a more humorous one.

It would be difficult to convey in words the charm of this performer’s method. It should be seen to be appreciated, and we heartily endorse the generous statements of Mr. Jefferson, who is said to have recently proclaimed “Mr. Belmore to be one of the greatest of living character actors.” By “character actor,” Mr. Jefferson evidently meant one who performs eccentric, but thoroughly natural characters, mostly chosen from the humble walks of life—such as Charles Dickens has so admirably depicted, and in the presentation of which Mr. Belmore excels.

Nat Gosling, the ex-jockey in the Flying Scud, is of this class, but we cannot call it, in a literary sense, a very skilfully drawn sketch. It lacks unity of design, and is decidedly not taken direct from nature. Still, in the hands of Mr. Belmore it receives more than justice, and is made memorable, and throws all the other personages in the play into the background. Mr. Belmore so thoroughly embodies the character of Nat Gosling that he seems to live the part, and, being evidently an essentially wholesome-minded man, he invests all he does with a tender sweetness which is infinitely touching. He teaches us not only to admire, but actually to love the rough, dried-up, weazen-faced old jockey, and this he does by revealing to us those beautiful touches of nature which make all men akin. With his granddaughter he is gentle and loving, and his admiration for the sturdy young farmer is delightful; and then he pats the horse, and holds a conversation with his beloved Flying Scud, the charm of his acting won immediate recognition from the large audience, and established him as a favourite.

He revealed to us a generous nature, and a thorough knowledge of the human heart, and this he did in the simplest but most effective manner. If Mr. Belmore lacks the poetical temperament of Mr. Jefferson, he is quite that gentleman’s equal in portraying quaintness, humor, and delicacy of disposition, blended with a certain ardour of temperament and manliness.”

Two physicians, Professor Flint and Doctor Brady, concluded that although George Belmore’s illness was becoming increasingly severe, he may as well be acting rather than lying idle.

On the 10th of November, George Belmore boarded the steamship Providence to travel back to New York. The ship was caught in a bad storm which caused the windows of his state room to blow in. A steward found George wet and chilled on the floor. The ship itself nearly sank. George arrived in New York traumatised and very ill.

On the 15th of November 1875, George Benjamin Belmore died in New York at 45 years of age. The wasting disease that was with him upon arrival in the US and was steadily getting worse, combined with the incident on the ship, had left George completely bed-ridden. He was under the care of his friend Mrs. Byrne in New York in her apartment in his final few days. He was attended by Dr. Brady of Brooklyn, and friend and stage manager Mr. Colville. In a painful conversation with Mr. Colville, George said “I am conscious that I am going, and that my acting in this country has not been real acting, but the simulation of acting”. 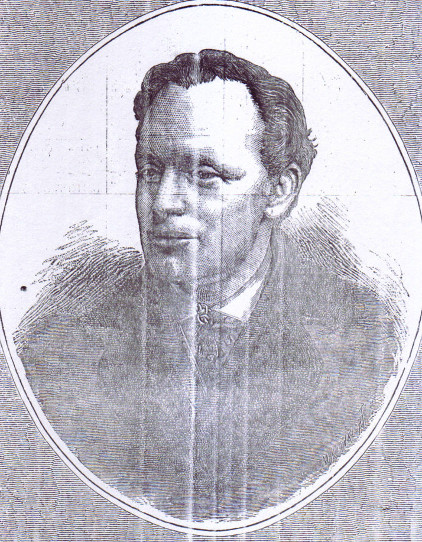 George left several thousand pounds to his wife and seven children along with a sizable sum due from the Drury Lane Dramatic Association. He was buried at Greenwood Cemetery, New York, although he did express in his will that he wished his body to be returned to England. His funeral took place on the 17th of November at the Church of Transfiguration in New York.  The casket had a silver plate with the inscription ‘George Belmore. Died November 15th, aged 47 years’. Although the funeral and preceding medical costs were charitably covered by friends and actors in New York, the collection of funds didn’t extend to an inscribed stone to mark the spot. The London press criticised this, saying that it’s a pity that an actor of George Belmore’s incredible ability lies in a grave that no admirer could discover without extraordinary effort.

A month later on the 15th of December, a special performance and testimonial benefit for George Belmore took place at Theatre Royal, Drury Lane, managed by F. B. Chatterton. It included recitals and selected scenes from several acclaimed dramatic and burlesque plays. An original poem was delivered by Mr. James Fernandez, written by Henry S. Leigh. Many London actors were present, including Henry Irving and his future leading lady (as of 1878) and co-manager Ellen Terry who are both on the committee of the performance.

Although technically all of George Belmore children bore the name Garstin like himself, they all carried on using the Belmore name for their stage careers. In many cases so did George’s grandchildren. Bertha Cousins, wife of Herbert Belmore, became Bertha Belmore, even though it was normal for married actresses to keep their maiden names for the stage. Bertha had not even met George Belmore as she was born after he had died.

William Lionel Belmore Garstin, the third child, left school early and joined the theatrical company of George Belmore’s past co-star and rival Henry Irving as an apprentice, which very soon led to him following in the footsteps of his father George in heading to America. He was only about 13 or 14 at the time, and took the stage name Lionel Belmore. He married Emmeline Carder, and they had two daughters which grew up in the US while Lionel entered into movie production and acting. One of those children, Rosamund Belmore, donated a collection of materials such as scripts and costumes relating to George Belmore and Henry Irving to the library of the University of California. 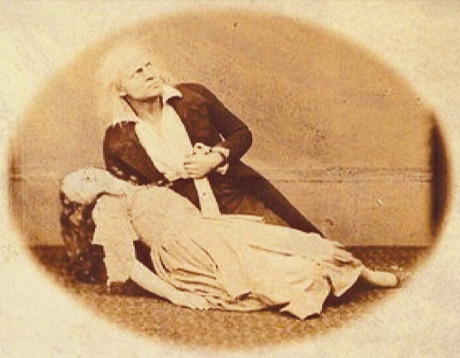