Born to William Henry Cousins and Mary Anne Pearce, both from Burnage, a suburb in Manchester.  Bertha didn’t come from a theatrical family, and so pursued an acting career initially without the advantage of influential connections.

In 1889, Bertha first appeared on stage as one of the ‘Six Sunbeams’, a juvenile touring troupe. They sang, danced, and recited from fairy tales.  Bertha used to play the xylophone while standing on a box.

1890, toured with the John Tiller Girls around Great Britain, and around Europe with ‘Harwood’s Juveniles’ as a progression from the Six Sunbeams.  Her professional acting debut was at age 8 at Princes Theatre, Manchester, in the children’s Christmas pantomime Robinson Crusoe.  For many seasons Bertha would perform in pantomimes as the principal boy.  Over the course of seven years, Bertha would also appear in leading variety theatres as one of the ‘Belmore Sisters’.

In June 1905, Bertha married actor Herbert Belmore, born in 1875, a son of the great actor George Benjamin Belmore and actress Alice Cook.  Herbert’s brothers and sisters all had stage performance careers also.  Bertha and Herbert met on the stage.  However, for reasons of health, Herbert had to move to America, and Bertha followed a year later, which initiated her long acting career in the US.  Herbert also continued to act and be a stage manager, although not to the same degree of success and fame as his wife. 1911, toured America with the Ben Greet’s Pastoral Players, known a repertoire that included Shakespeare.  Bertha also played many of the Bard’s heroines in William Faversham’s Repertory Company.  Additionally she was in Florenz Ziegfeld’s ‘Ziegfeld Follies’ touring shows with W. C. Fields and Will Rogers for three years. 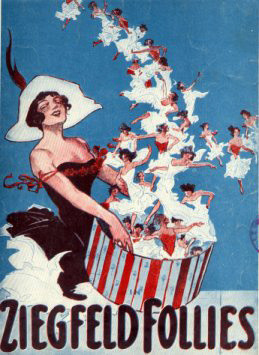 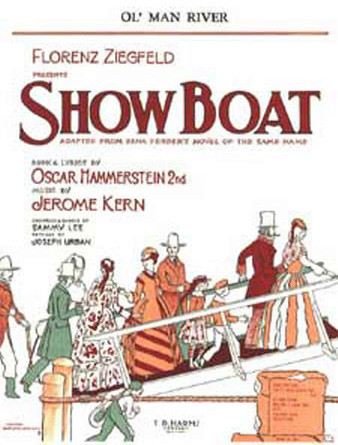 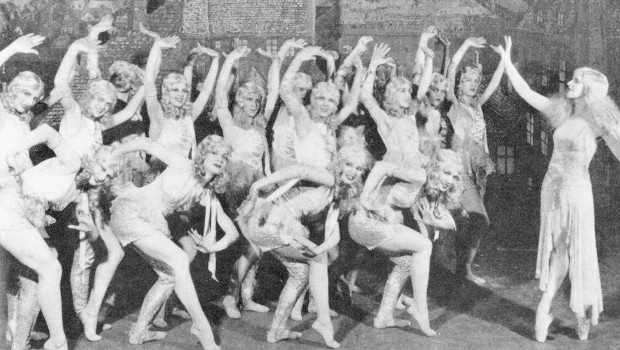 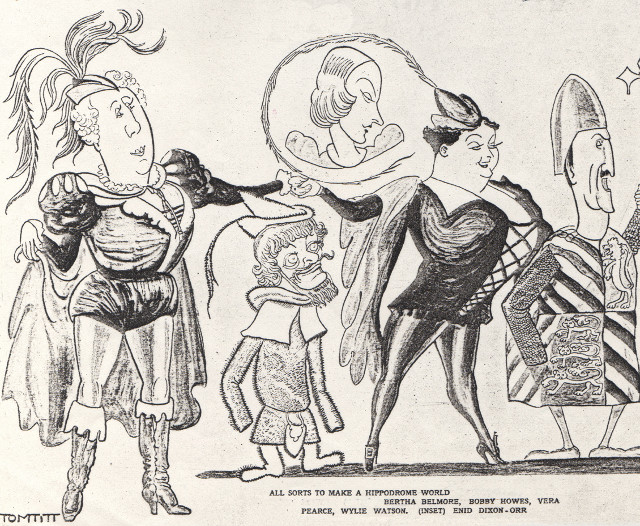 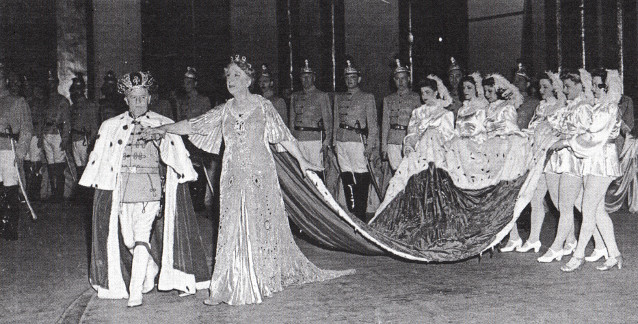 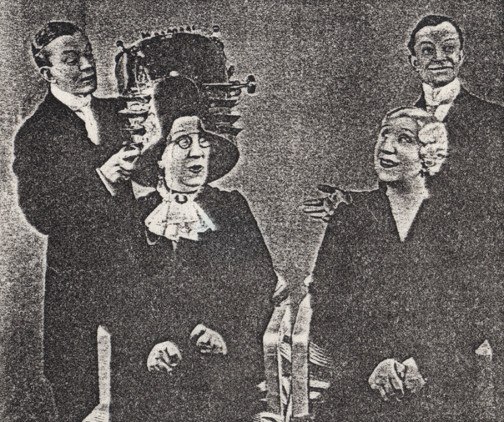 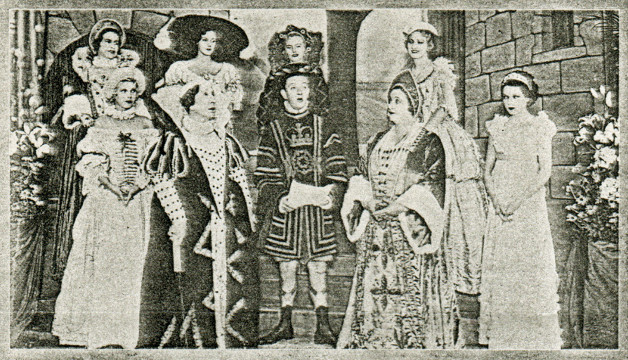 Bertha was asked what was the biggest disappointment in theatre?  Her reply was “I think it was over Night Must Fall. Emlyn Williams, a great friend of mine, had written the part of Mrs. Bramson especially for me. He said he used to write the lines with me in mind. I was playing in Yes Madam at the time and we had another six months to run, so of course I wasn’t available. I went to the midnight performance of Night Must Fall, and after it was over I said to my husband, ‘Get a taxi and let’s go home.’ ‘What’s the matter? Are you feeling ill?’ he asked. ‘Never mind, get a taxi,’ was all I could say! And I went home and cried for hours!  Such a wonderful part in a grand play, and I had missed it! The fact that Dame May Whitty played it so marvellously probably made me feel even worse! But that’s the theatre. You have to take the rough with the smooth.” 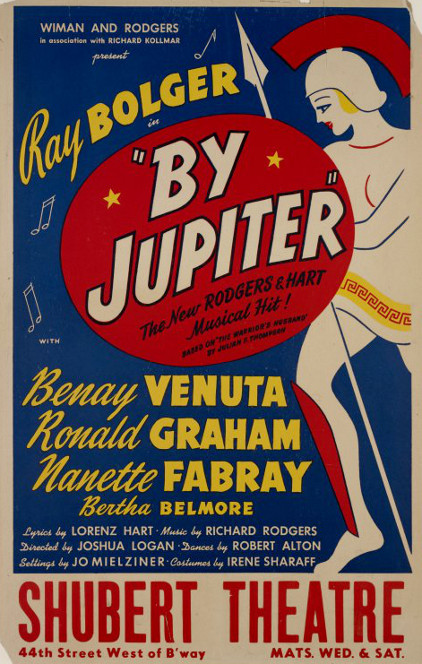 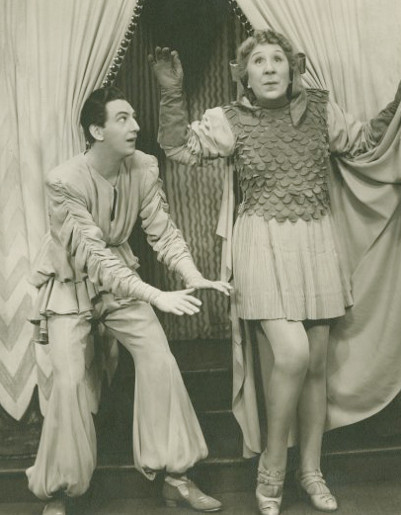 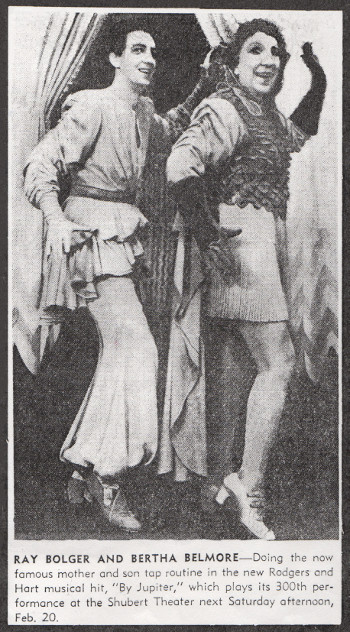 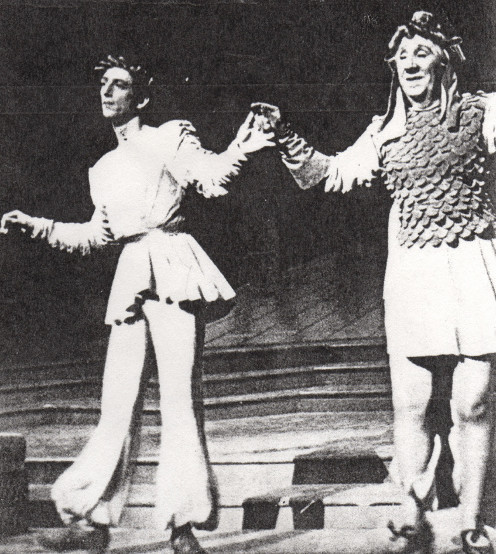 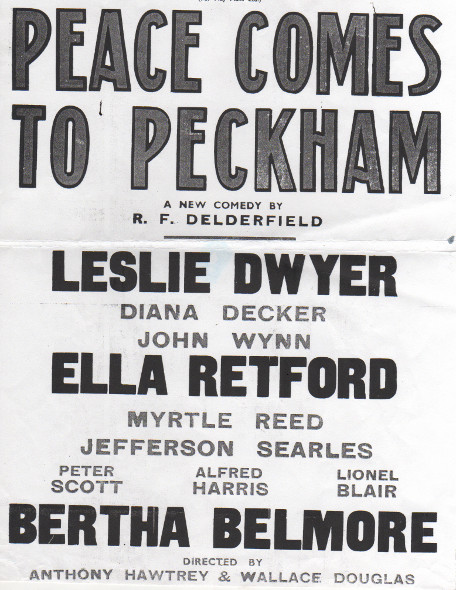 Bertha was quoted in a Pittsburgh local newspaper as saying, about her favourite play ‘By Jupiter’ “I stopped the show every night when I did a tap dance. I was 60 at the time”. The day before this was printed, the article also states that Bertha and her co-star in ‘Rosalie’ Jackie Gleason proved that between them they could lift her car, an Austin. 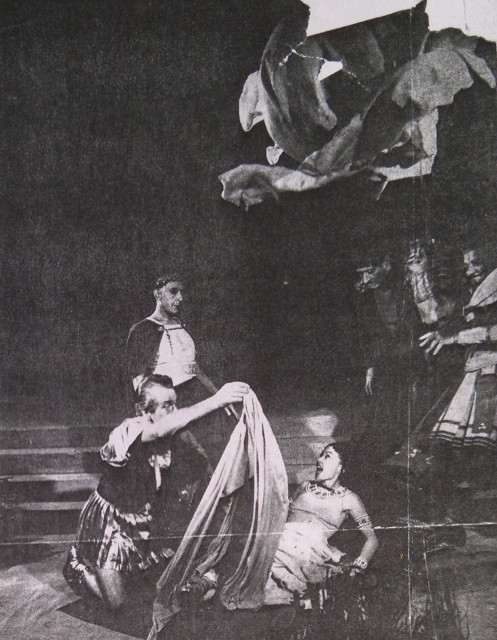 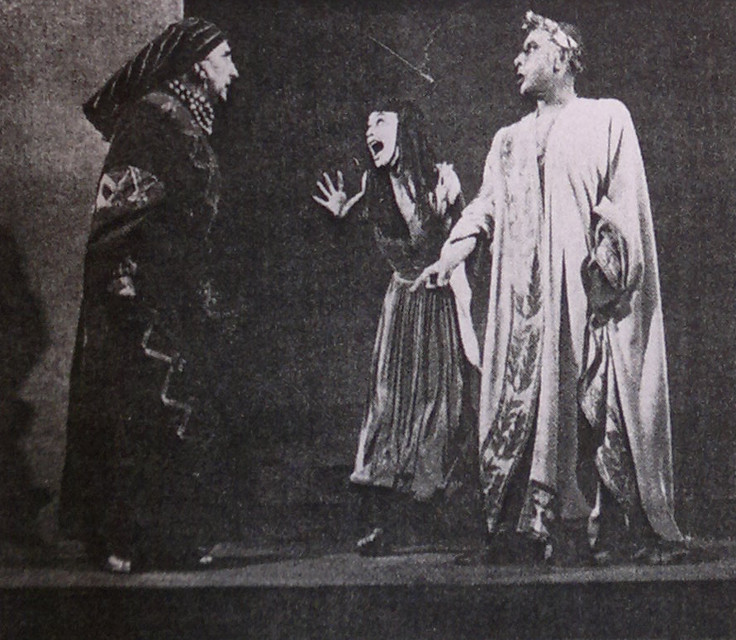 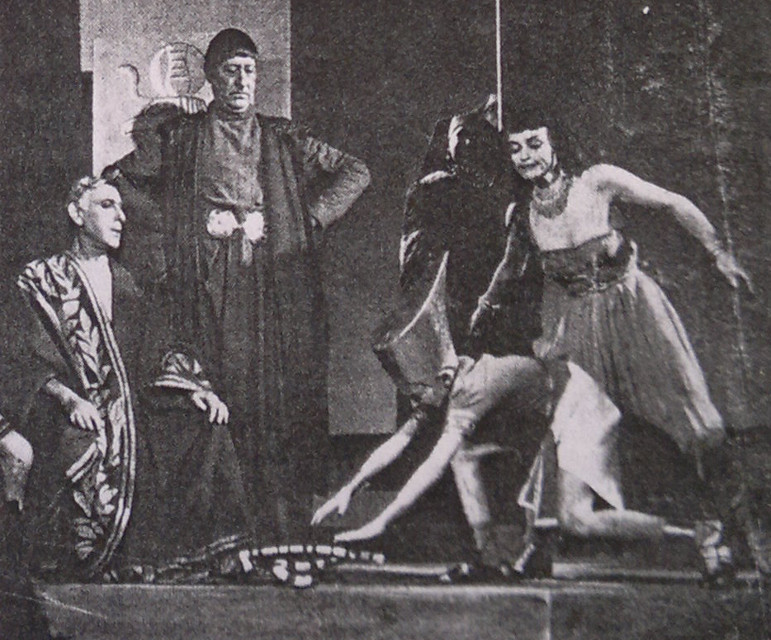 In 1950, Doris Wallace, the daughter of Alice Belmore Cooper Cliffe (sister of Bertha’s husband Herbert) and Henry Cooper Cliffe, died in an elevator accident on March 1st at Grand Central Station in New York.  Bertha and Herbert Belmore flew out in order to take custody of Clifford Wallace, Doris’ sixteen year old son. Although Clifford’s father had divorced Doris a long time prior to the incident and had nothing to do with Clifford for at least a dozen years, Bertha and Herbert had to fight Clifford’s father in court in a custody battle.

Bertha said “The boy’s father never supported him or made any attempt to see him during the last 10 years. My husband, who was his mother’s uncle, and I, love him very much and want him to live with us. We have no children, and will treat Clifford as our own”. Doris’ parents had originally objected to the marriage between her and Clifford’s father. 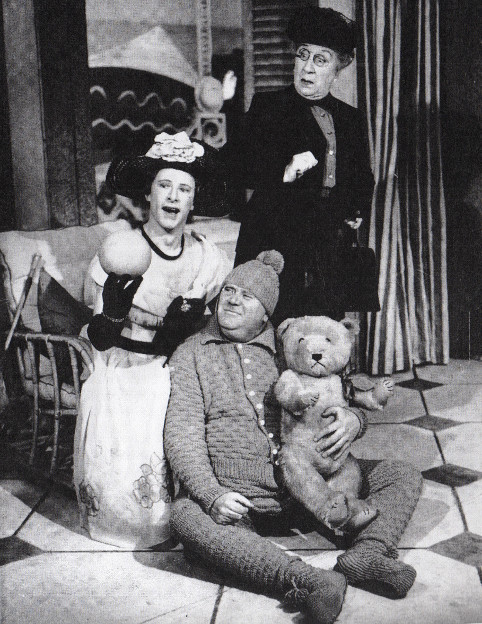 Bertha’s recreational interests included motoring, golf and swimming.  She had a home in Long Island, New York, and also in Knightsbridge, London.

She used to appear many times in small, informal shows at Cherry Grove on the Great South Beach in South Carolina. Once she had a musical written about her reign as the president of the Cherry Grove Art Project, called ‘Berthe of a Nation’.

Bertha died just a few days short of turning 71 in a hospital in Barcelona, Spain, one year after her husband Herbert had died in New York.  She had suffered terrible injuries from a fall down marble steps while on holiday with a long-time friend Mrs. Florence Carless.  Unfortunately her body was held in a mortuary for several months and not returned to Long Island and the grave of her husband due to a bill of £1,200 for treatment and embalming at the hospital.  Although Bertha’s estate was estimated to be worth over £50,000, a flaw in America’s legal system meant no money was available immediately, resulting in much communication between relatives, friends, lawyers, the British Consulate and associates in London and across the Atlantic to try and resolve this. 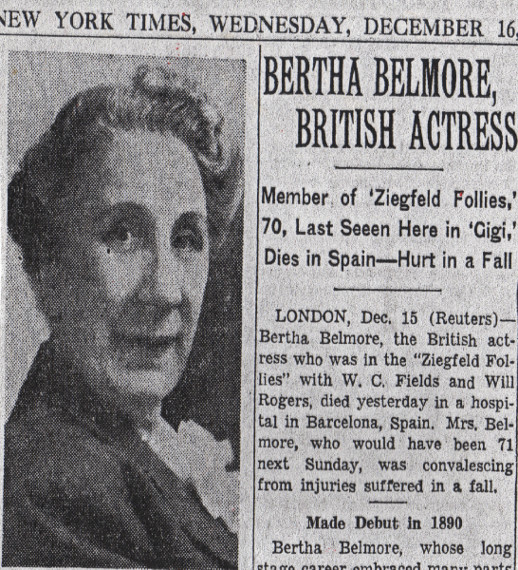