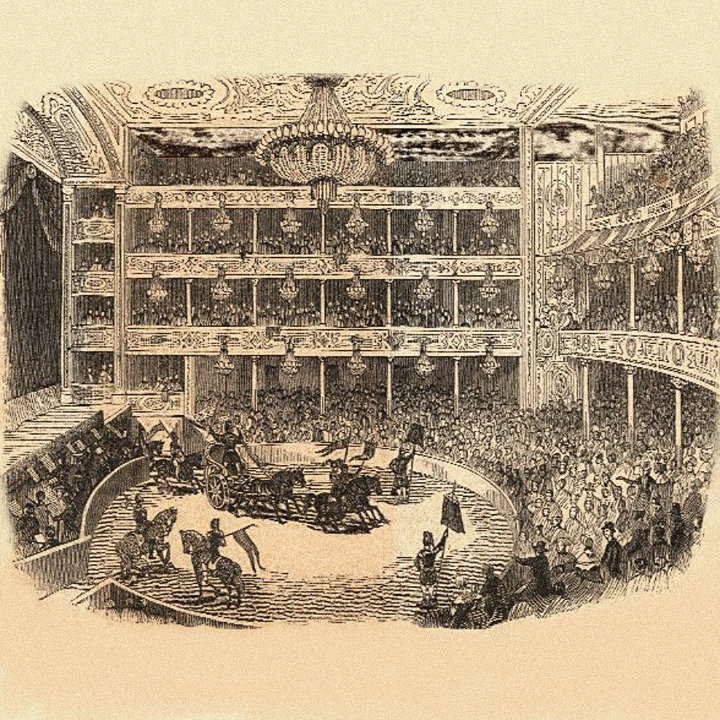 The Cookes were a family of circus owners and performers that spanned many generations. They started in the UK in the 18th century, and took their shows overseas, including to the United States. By innovating they ultimately influenced many familiar aspects of the modern circus.

The first Cooke’s Circus was formed in Scotland by Sir Thomas Cooke, born in 1752. He was succeeded as proprietor of Cooke’s Circus by his son, Thomas Taplin Cooke, who was born in Warwick in 1782.

In 1836 Thomas Taplin chartered a 3000 ton ship and two other vessels to convey Thomas, his horses and his company to New York. The company consisted of 130 artists – forty of whom where members of the Cooke family. On reaching New York, Thomas Taplin Cooke erected, at his own expense, a large stone and brick amphitheatre with seats for over 2,000 people. In 1838, Thomas Taplin Cooke bought a circus tent with him on a return trip to England from the United States. The tent solution was quickly adopted by others and became synonymous with the modern travelling circus.

William Cooke, a son of Thomas Taplin, was born in 1808. He was originally a rider, acrobat , clown, rope walker and strongman before forming his own touring company and directing equestrian dramas. William leased Astley’s Amphitheatre on the south bank of London for eleven years, which was the perfect venue for combining circus entertainment with epic historical and fantasy story productions.

The Cooke’s connection to the Belmore family of actors came from the marriage in 1886 between Alice Maud Mary Ann Cooke, a daughter of William, and George Benjamin Belmore, one of the most popular London Theatre actors.