Emmeline Florence was born in Chelsea, London in 1865. Her parents were John Carder and Emmeline Carder, and she had two bothers and one sister, Edward Hugh Carder, Herbert John Carder and Katherine Eunice Carder. Initially Emmeline trained to be a teacher, working as a student teacher in Chelsea at age 15. However, her career turned to acting and performing on stage. Emmeline married William Lionel Belmore in 1891. He was a twenty two year old actor with the Henry Irving Company at the time, and a son of George Benjamin Belmore, an actor once as highly regarded as Irving. They lived in Wandsworth, and would sail together with the Irving Company when it went on tours to the United States.

In the below photo, Emmeline Florence is on the right, her husband Lionel Belmore is on the left, and his sister Alice Belmore, also a stage performer that eventually moved to the US, is centre. 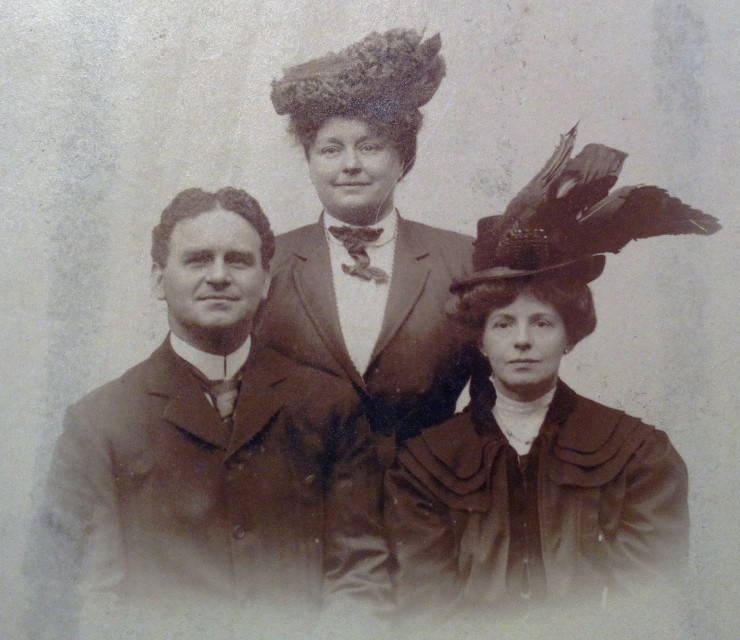 However, Lionel eventually chose to stay in the USA, becoming an actor and stage manager for William Faversham after Irving died in 1905, then making and performing in Hollywood movies from 1914. He and Emmeline grew apart, so she stayed in England with their two daughters, and they didn’t have much to do with Lionel’s side of the family from that point onwards. Rosamund certainly disliked her father. 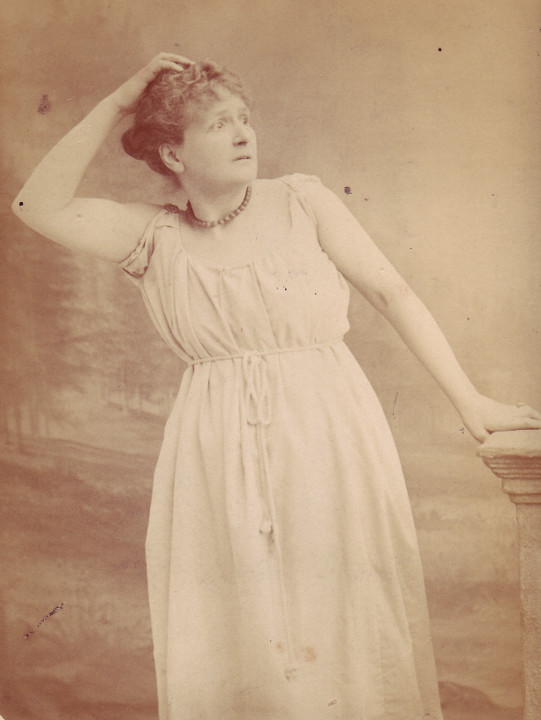