Edward Douglas Belmore was born to George Belmore (son of George Benjamin Belmore) and Jessie Danvers in 1892, as their third child after George Victor Belmore and Alice Ester Belmore.  After two more children, Jessie Belmore and Alfred Belmore, their father died in 1899.  Jessie Danvers remarried soon afterwards to Gilbert Heron, who became Edward’s stepfather.  The whole Belmore family was in the acting profession.  Jessie came from a music hall family, while Gilbert Heron was also a writer and radio engineer.  They had two more children, Leo Danvers-Heron and Francis Andrew Heron.

Edward Belmore and his family lived at 4 Josephine Avenue in Brixton, a fairly large house.  Gilbert Heron’s mother was also there, along with a brother of Jessie Danvers and two domestic servants.

After school, Edward became an actor, performing on the stages of music halls.  To many he was known as Teddy. 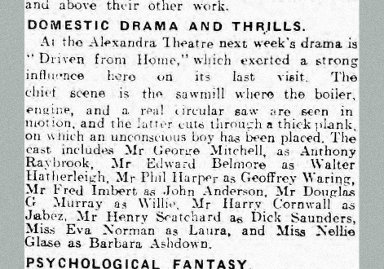 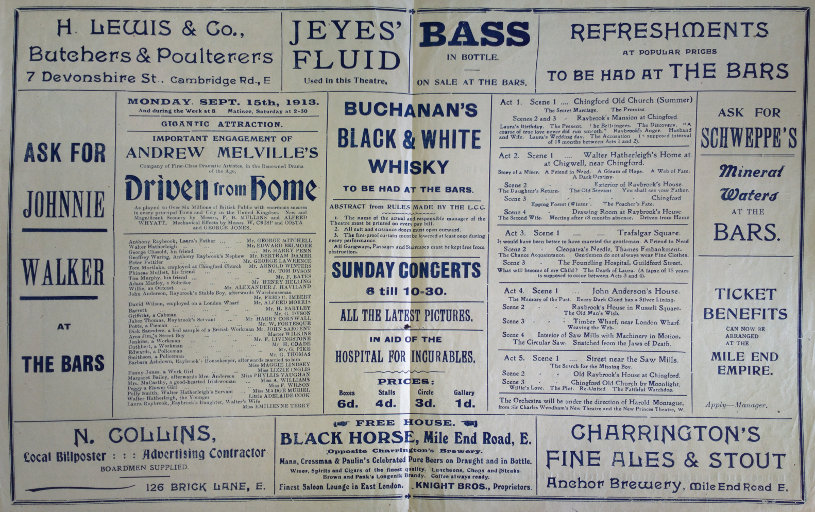 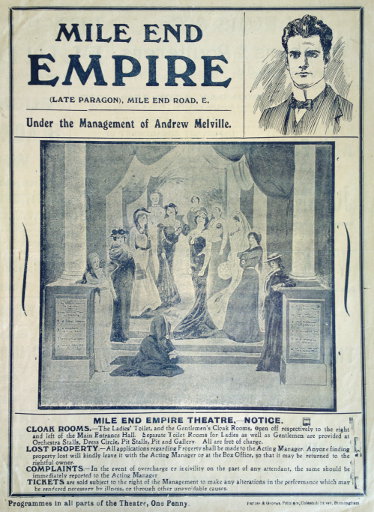 The Mile End Empire was a theatre with cinema facilities. Previously it was known as the Paragon Theatre, and the Genesis Cinema now occupies the site in Whitechapel, London. 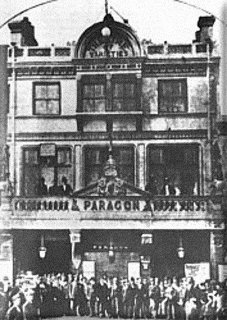 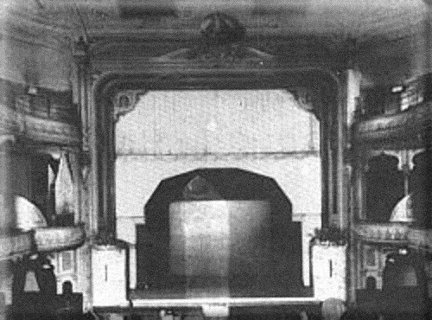 On the 11th of April 1913 in Lambeth, Edward married Maude Amelia Jones (possibly with the surname Diamond also, just as the Belmores are also Garstins) , a previously unmarried woman who became Maude Amelia Belmore. They had a child called Douglas on the 9th of February 1914. 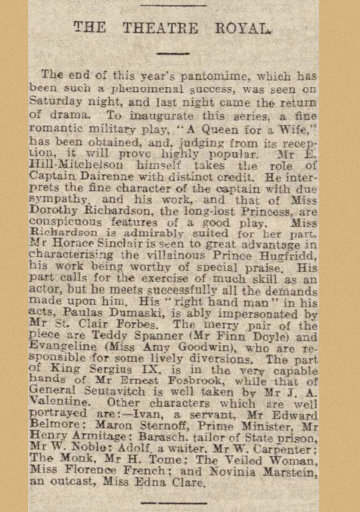 In 1915 at age twenty three, Edward was in the British Army Regiment of the 14th Battalion King Royal Rifles.  At this time his registered postal address was care of The Stage at 16 York St. in Western Central London , although his wife lived at 12 Hafer Road, in Battersea, London.

Edward was caught in a gas attack during World War I, and discharged as “no longer physically fit for war service” on the 18th of August 1916.  A medical report explains how he was coughing up large quantities of blood.  Although he received treatment and survived to see the war end, he was too unwell to resume his acting career as a result.  He died in December 1918.  It appears Maude Amelie remarried to a man named Tripp in Wandsworth in early 1919. 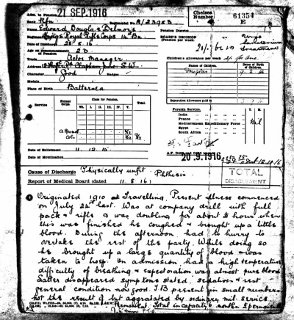