Daisy Belmore often played the faithful and loveable character types that endeared her to the theatre and cinema going public in both England and America. Daisy was a member of the Belmore family, a widely known acting dynasty, many of whom appeared both in theatre and in films. One of seven children born to George Benjamin and Alice Mary Ann Belmore, both successful actors in their own right.  Daisy’s godmother was Ellen Terry, one of the most famous actresses and theatre producers in her time, and business partner of the famous and prolific actor Sir. Henry Irving, both of which worked with Daisy’s father, and her brother Lionel Belmore.

At age eight, Daisy’s first appearance was in Wilson Barrett’s touring company in Shakespeare’s ‘Twelfth Night’ (1882) as ‘Mustard Seed’ one of Titania’s tiny fairies. She remained with Mr Barrett’s company for two decades, playing to crowded houses in Melbourne, Sydney, Adelaide, New Zealand and the Orient. She established her reputation in the role of ‘Dacia’ in ’The Sign of the Cross’, a part written specifically for her.  By the age of just 15, Daisy was the leading comedienne of the Wilson Barrett company.  At 25 she was already appearing in other distinguished productions, such as ‘The Silver King’ (1899), ‘Man and his Maker’ (1899), and ‘The Million’ (1900). In 1902 whilst touring Australia she met businessman Samuel Waxman who became her husband the next year, and later the father of her two children, Eric and Ruth. Following her marriage and a short time touring in England, Daisy returned to Australia to be with her family and continue in her profession.

In 1910 Charles Froman introduced Mrs Belmore to Broadway in the musical production ‘Our Miss Gibbs’. After a number of years working under the direction of Mr Froman she worked with Mr William Faversham in ‘The Faun’ (1911), alongside her brothers Lionel and Herbert Belmore. She also worked with David Belasco in ‘The Seven Swans’ in 1918. Daisy had the biggest hit of her career in 1921 with her performance as the character ‘Old Sweetheart’, the gin drinking loveable old mother, in the play ‘The Three Live Ghosts’.

Daisy worked as a professional actor all of her life and remained a favourite with audiences on Broadway until to her death in 1954.

In 1893, Daisy sailed from Liverpool to New York with Mr Austin Melford’s Theatre Company on the ‘Teutonic’ with her brother Paul Belmore, and Henry Cooper-Cliffe.

In 1894, sailed from New York to Southampton on the ‘City of Chester’, and from Liverpool to New York on the ‘Brittanic’ with the Wilson Henry Barrett theatre company. 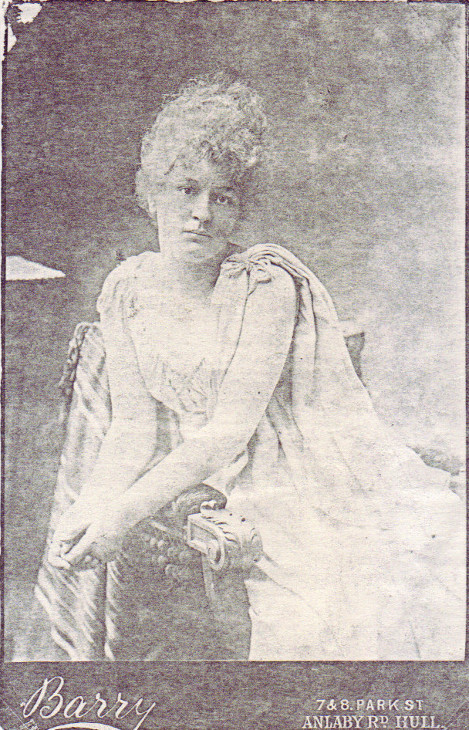 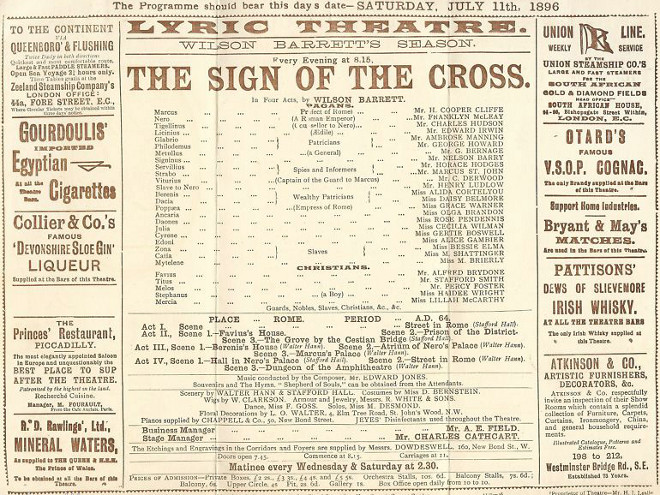 Daisy was a keen stage actress, but more so a loving wife and mother.

In 1897, Daisy arrives in Sydney, Australia, from London on board the ship ‘Orotava’, with Paul Belmore.  The below 1897 performances were all at Lyric Theatre, London

In 1904, arrived in Southampton on the ‘Germanic’.

Daisy got married to Samuel Waxman in Melbourne on April 19th.

In 1905, travelled from Yokohama in Japan to Southampton, UK on the ‘Scharnhoret’.

1910, sailed from Southampton on the ‘Teutonic’ to New York.

1911, travelled from New York to Southampton on the ‘Adriatic’.

A news story was published after an incident relating to Daisy’s role in Hitchy Kitchy Koo:

“WERE IN TED CROSS UNIFORMS

“To be mistaken for two Red Cross nurses and the rise to the occasion was the experience of two members of the Stage Women’s War Relief organization the other night after leaving the Cohan & Harris Theatre, where they had been soliciting aid from members of the “Hitchy-Koo” company, it became known yesterday.

“It was shortly after midnight when Daisy Belmore and Rachael Thebaud, wearing the Stage Women’s War Relief uniform, were proceeding up Eighth avenue and heard a startled scream from a northbound taxi as it crossed Fifty-seventh street. Standing on the corner was Policeman Lamouree of the West Forty-seventh street police station. He also heard the cry which came from the taxi and at the same time noticed a young man jump out of the cab.

“As the man left the cab the chauffeur stopped his automobile. The patrolman at once started after the man who had a minute before left the vehicle and with him walked back to the automobile. Inside he found an unconscious woman. Even at that time of night it was only a few seconds before a crowd of several hundred persons had gathered.

“Still watching the woman’s companion, the policeman summoned an ambulance. The crowd at this time noticed the two actresses standing on the sidewalk. Like the others, the two actresses were also curious and started to walk toward the standing taxicab.

““Here comes a couple of Red Cross nurses,” said one of the bystanders and the crowd, as if rehearsed, parted to allow the two stage women to advance to the automobile.

“Examinations showed she was not in a serious condition. Her companion was thereupon permitted to go.” 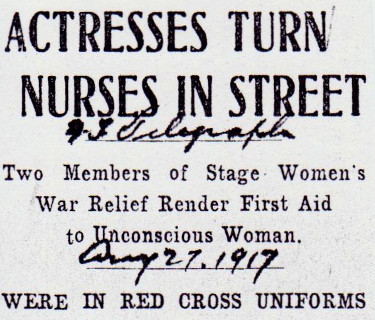