The following is from a newspaper story, referring to the period of time in the United States when the sale of alcoholic beverages was illegal:

“OCEAN PARK, Siasconset, Aug. 3. – The Lillian Russel of England is down here enjoying her first vacation in 7 years. And she’s having a whale of a time.

“She said “whale” herself, and said it with the vivacity of a debutante, even if she is English, and has a son 14 years old that calls her “queen,” and a 12-year-old daughter that addresses her as “Muzzie.”

“Mrs. Samual Waxman, if you please, but Daisy Belmore to theatregoers all over the world. Best loved and liked of all the score and more of women actor folks summering with “Doc” Powers here, is Daisy Belmore- the “young” woman who fooled both theatrical producers and Old Father Tim. She’s- well, never mind just how many years old, but she’s so young looking that Dave Belasco told her only last fall that she was altogether too young to play the part of a woman of 65. She’s so young that she is the life of this funny little cottage hamlet full of actors.

“Daisy believes, she said, that prohibition is going to revolutionize the stage. She said that a great deal of the present vulgarity, suggestiveness and lewdness that is spoken and portrayed behind the footlights must go. Sober theatregoers will demand it, she asserted. And she doesn’t believe the “shimmie” chorus will much longer be popular. Personally, she told the Post men, it shocks her. Daisy is no prude either.

“Incidentally she’s the original exponent of the mental jag. A jag so complete and effective that Arthur Davis or any other old-time barkeep would have trouble detecting it from the real thing.

“The American stage had only one Lillian Russell, and there is only one Daisy Belmore. And to see her about Siasconset enjoying to the very limit about 16 hours of fun in every 24 that passes is to know why. Unassuming, yet just crammed full of vivacity and “pep”- it just seems to ooze from her very presence, and her dazzling smile and thrill laugh are extremely infectious- Daisy Belmore is young. Even if she is- and again the Post man almost disclosed her age- well, she’s past 35 anyhow. But she doesn’t look it.

“Her wealth of glorious blond hair, just touched enough with shadowing gray to make it doubly wondrous, topped a smiling face this afternoon; and her trim figure, that many a younger “would-be” among  Dr. Powers’ boarders looks at with envy, was all clad in white as she greeted the Post men on the veranda of her cottage. Her cheeks the pink of a rose bloom, and it wasn’t paint nor powder either. Makeup has never spoiled Daisy’s complexion, and her face- the same that made her “the most beautiful woman on the English stage”- is yet far fresher than that of many a college girl.

“Daisy Belmore came from a family of the old-time combination circus and theatre. The very, very old-time kind. Where the first part of the performance was the circus in the ring and then the staging was dropped and ofttimes the ringmaster was the leading man in the play that followed. “Black Bess” and things like that were played. Daisy went on the stage when she was 8 years old. She’s been a star for more than 20 years, too.

“Her Dacia in “The Sign of the Cross” electrified England, Australia and went like wildfire in America, too. But all that is history. Let’s tell of the Daisy Belmore that talked to the Post men today.

““Prohibition is going to revolutionize the stage,” said Miss Belmore when the Post man asked what she believed is going to happen to the theatre. “People are going to come to the theatres more and more less ready to enjoy anything that may be handed out. It means that plays and musical comedies have got to be far better than they have been. There won’t be so much rubbish. It won’t get the laughs and it won’t get the crowded houses.

““The man and the woman who came to the theatre after half a dozen highballs or so, ready to laugh at and giggle and applaud any old thing, are not going to be in the audiences any longer. They are coming cold sober and they are going to be more critical and more exacting. The stage and musical comedy is going- has got to be much cleaner. Much of the lewdness , the suggestiveness and the vulgarity will have to go. Sober people will not stand for it, week and out came these girls clad in those things and they wiggled around and I thought ‘what are we coming to?’ One would expect them in a burlesque show, but not on Broadway. The movies are far ahead of the stage in that they have kept their cleanliness.

““When I became an actress one had to know how to sing, to dance and to fence. For nothing gives ease and grace as does fencing. But today all you need is a pretty face. The public is not getting what it should and the public is beginning to find it out. Why should people pay good money to see people that are not doing what they can. And the public will realize it more and more as prohibition goes on.

““Take today; there is the everlasting call of type. “Type,’ ‘type,’ ‘type.’ The managers do not give you a chance to study your character. The age of the actor or actress makes no difference; it is their acting that counts.

“And right here it might be related how David Belasco himself turned Miss Belmore down last fall when he told her she was “too young” to play a part of a 65-year-old woman. Miss Belmore doesn’t tell of the incident herself, but it is fact nevertheless. “You’re too young, Miss Belmore,” said Belasco, and Daisy got mad. Even if she is athletic and captained a football and a cricket team in England  and races around ‘Sconset like a girl of 18, plays ball on Doc Powers’ greenway and all those things, Miss Belmore doesn’t like to be told she is too young for anything- yet. Angry, she left Belasco’s office. “Sorry,” he said in parting, “but I don’t want a lot of makeup; I want a woman- and old woman- who can play the part naturally.”

“A half-hour later Daisy Belmore was back made up for the part, and she got it and made a hit that Belasco hasn’t got over yet. She goes back this fall in another Belasco hit.

“The part was Mrs. Hudd, the everlasting female souse in “Out There.” Daisy Belmore’s Mrs. Hudd was inimitable. And- hist! Ye wets who thirst- Daisy actually gets drunk without booze. She admits it. Harken to how it’s done.

“How She Gets “Soused”

““It is all in the acting,” she admitted. “I sit there in the wings waiting to go on and I get drunker and drunker just thinking on it. I cry and that bleary look comes into my eyes. And before I go out on the stage I am soused- almost dead drunk- and my eyes are bleary and I just can’t keep from staggering a bit.”

““No, absolutely no,” said Daisy. “Not if one uses grease. The great trouble with many American actresses today is that they use dry makeup and that does spoil the skin. But grease makeup never.” And Miss Belmore’s face bears out her contentions.”

Herbert Belmore was stage manager of The Romantic Age, and is said to have done a poor job of this task one evening. “After the way in which the botching of all the properties seriously imperilled the very existence of that first act, it is believed that the rest of the company without any really hearty protest from his sister took him out into the theatre alley and chocked him to death with infinite relish.”

1923, Daisy made a statement about being separated from her husband Samuel Waxman on her US naturalisation papers.

In 1927, arrived in California from Honolulu on ‘City of Honolulu’.

1930, Daisy and her husband Samuel were living together in Queens in New York. 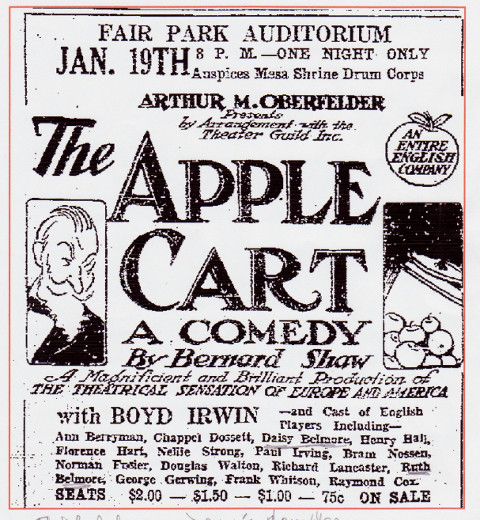 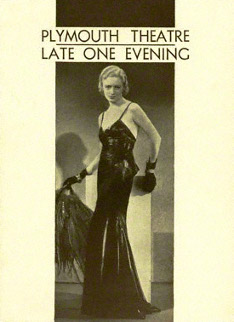 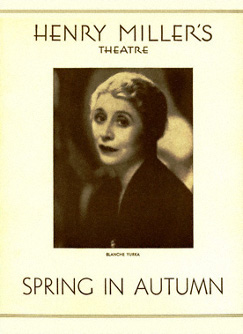 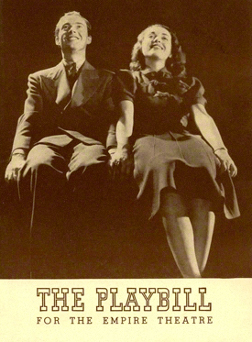 1939, Daisy was naturalised as a US Citizen in New York, witnessed by two friends. 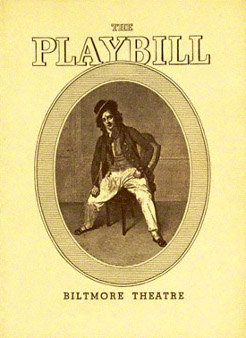 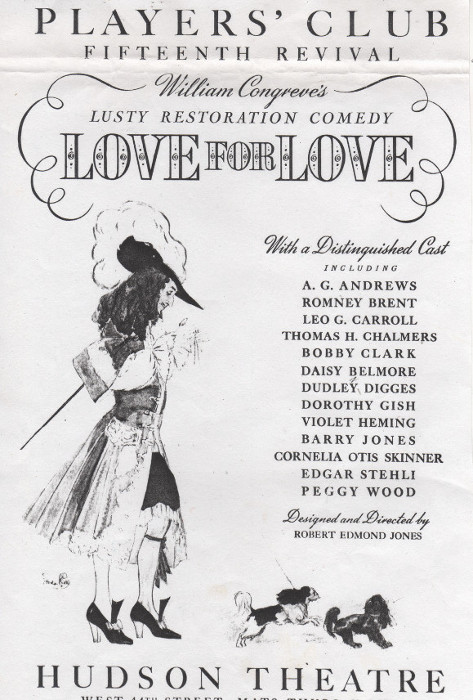 At the end of Rose Tattoo, where Daisy played ‘the old witch’, the company gave a party backstage at the theatre to mark her completion of seventy years in the theatre.  By this time Daisy had also played in radio and television, and acted as a dramatic coach. 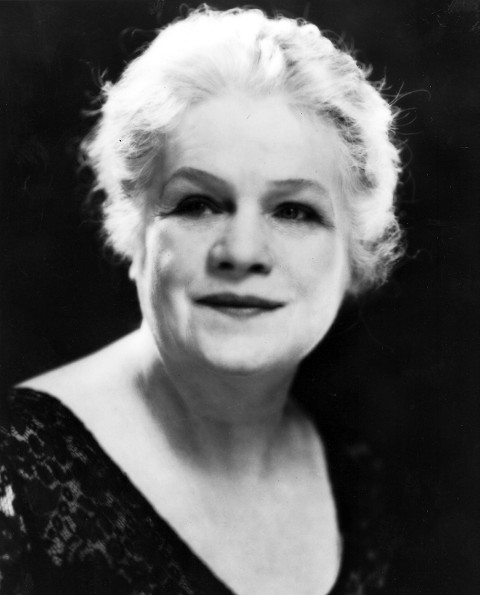 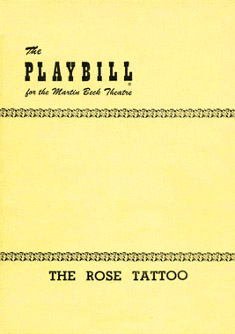